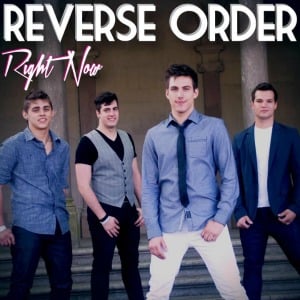 There’s been an addition to the summer concert roster in Verona.

The town is bringing in Reverse Order, a band with teen appeal, for a gig at Verona Pool on Thursday, August 9, at 6:30 p.m.You don’t have to be a pool member to see it, but you do have to be able to show proof that you are a Verona resident. The final concert for the summer series, a return engagement of the Jimmy Buffett tribute band Jimmy & The Parrots on Wednesday, August 22, is for Verona residents only.

Reverse Order has a Facebook page and you can listen to some of their music there, or just watch the YouTube clip below. The band, which is from Hackettstown, includes Drew Katsock, Cruise Russo-Zirkel, John Russo-Zirkel and Frank Spangler.

The Reverse Order concert is being sponsored by the Mayor’s Charity Fund.