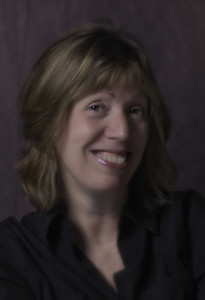 Lynne Barrett has been a writer for as long as she–or anyone else–can remember.  She wrote when she was at elementary school in Brookdale, she wrote on the literary magazine at Verona High School. “A few years back,” she recalls, ” my eighth grade teacher, Mrs. Doherty, came to a reading and said, ‘I knew you’d always be a writer’.” But as natural as writing now seems for Barrett, she would like the young writers of Verona to know that writing doesn’t always come easy. Even when you have written a few books and teach writing as a university professor.

“I always wanted to write,” says Barrett. “I just didn’t know that I had stories to tell.”

But that is just what Barrett has done since leaving Verona. Her latest book, Magpies, won this year’s Gold Medal for General Fiction in the Florida Book Awards. Barrett has also received an Edgar Award–the most prestigious award in the field of mystery writing–for “Elvis Lives” , a short story on the world of Elvis impersonators. She has been published in Ellery Queen, the most well-known literary magazine for mystery writers. She teaches in the MFA program at Florida International University in Miami and speaks at writers’ conferences around the U.S.

As a longtime resident of the Sunshine State, she is widely regarded as a “Florida writer”, but she is quick to assert her Jersey roots and how they influence her work, as she did in a blog post earlier this year.  “I live and work in Florida, but I carry around Verona in my head,”  she says. 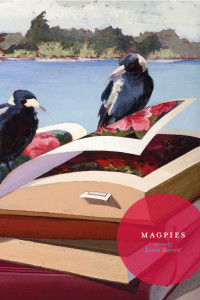 In Verona’s schools, Barrett was drilled in all the classic forms of writing–expository mode, literary mode, dramatic mode–something that, she admits now, was sometimes boring.  That may seem familiar to some of today’s young Verona writers (yes, all of you now being pushed to keep writing over the summer). But they might be pleased to know that Barrett thinks they may be writing more than she did at her age because of all the texting they do on their cell phones. Just be careful: “Impudence and gossip are good things in fiction terms, but bad in other places, like school,” Barrett cautions.

While Barrett believes that writing can be taught, she also believes strongly that writers need to find their own way and their own voice.  That voice can come from many places, even for people who don’t think of themselves as writers. “Any substantive knowledge in any subject can feed into writing,” says Barrett. “History and science can create the language you need for fantasy writing.”

Some of Barrett’s writing is on Amazon, some of it is online. (You can see a list of all her works everything here.) She had a great deal of fun last year editing a flash writing contest, “305“, so-named after the area code that used to be used in all of south Florida. Writers could write what they want–as long as it was no more than 305 words. Alas, only one of her literary efforts is currently at the Verona Public Library, The Secret Names of Women.

And if you are an aspiring writer and want to know more about how to get published, be sure to read Barrett’s essay, “What Editors Want“.