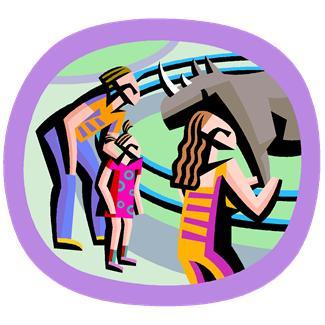 If you want to be a parent chaperone for a school field trip in Towson County, Maryland, you will be given a document that outlines what is expected of you. Number one on the list: You can’t drink alcohol or do drugs on a school trip.

Sounds pretty obvious, right?  Apparently not, because many school districts have issued written policies on being a chaperone that begin just that way.

The Verona Board of Education does not have a chaperone policy, despite the many field trips that take place at its six schools. But that is likely to change as a result of problems during the fifth grade field trip to Camp Bernie in May. On that trip, parent chaperones risked attracting bears into sleeping cabins by bringing food into those cabins. They failed to supervise children who needed to use the restrooms, left their assigned cabins to sleep in their cars, made campfires in and around sleeping cabins and held a private party, which allegedly included alcohol.

It wasn’t the first time that Verona’s parent chaperones have caused trouble : Eight years ago, during the fifth grade overnight that was then at Stokes State Forest, a parent chaperone in a fright mask created such a disturbance that the State Police had to be called.

Alcohol and drugs top the list of no-nos, but they aren’t the only parent behaviors targeted. Many policies ban guns, as well as smoking cigarettes and using cell phones for personal calls. Chaperones can’t administer medicine, and they can’t bring other family members along. Chaperones can’t leave students unattended and they can’t involve students in activities that haven’t been approved for the trip. They are responsible for monitoring student behavior on the trip–but not for disciplining students. That is something that only the educators on the trip can do.

Many policies adjust the number of chaperones depending on whether the trip is during the day or overnight, domestic or foreign. The going ratio seems to be one chaperone to every 20 students on day-time trips and one to 10 on overnights. On the most recent Camp Bernie trip, there were roughly 140 students and 70 parents.

The policies also emphasize that the role of the chaperone is to enforce the school’s existing code of conduct. Some, like this one from a district in a Milwaukee suburb, include a chaperone questionnaire and a signature acknowledging that the chaperone has read and agreed to the chaperone policy. In Milwaukee and elsewhere,  policies state that accompanying a school field trip is a privilege and not a right, and that parents who don’t follow the rules can be asked to leave–and be subject to prosecution.

But it is also interesting to see what has been left out: Very few policies mandate a criminal background check, which Verona currently requires for those who volunteer to coach Recreation Department programs. And when the New Jersey School Boards Association wrote a newsletter item about chaperones last year, it cautioned boards against issuing policies that they cannot enforce. There is a petition circulating in Verona now that calls for the BOE to ban the parents who caused problems on the Camp Bernie trip from being chaperones in the future. The BOE indicated at its last meeting that it was powerless to do so because it did not have a chaperone policy in place for the last trip.

There is no BOE meeting in July, but the board will reconvene in August before schools reopen.