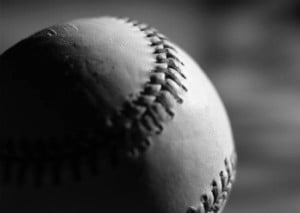 The Hillbillies baseball team came up just a bit short in its effort to upset top-seeded Pompton Lakes in the quarterfinal round of the state baseball playoffs Friday afternoon at Hershfield Park in Pompton Lakes.

The Cardinals (19-3 overall) rallied with single runs in both the seventh and eighth innings (both times with two outs) to pull out a dramatic 3-2 victory over Verona (12-9 overall). With the victory, Pompton Lakes advances to the semifinal round of the North 1, Group 1 sectional playoffs, where it will meet Cedar Grove next week.

Verona starting pitcher Luke Sniatkowski worked six strong innings, limiting Pompton Lakes to five hits and one earned run. Sniatkowski pitched out of a bases-loaded, no-out situation in the bottom of the sixth to keep Verona on top, 2-1, with a 1-2-3 double-play ground ball back to the box and a hard grounder to second base that Matt Rubins played perfectly.

The Hillbillies, seeded No. 8 in the bracket, had taken a 2-0 lead in the contest in the top of the third inning on shortstop Tim Kiernan’s RBI single to center field, which drove home pinch runner Tom DeNicola and Rubins. DeNicola was running for catcher Chris Ohlweiler, who had singled. Rubins had reached base on a fielder’s choice.

Verona had an opportunity to extend its 2-1 lead in the top of the seventh after loading the bases on Ohlweiler’s second single of the game and Kiernan’s base on balls. (Senior center fielder Nick Looney had a double and a single in the game, and twice was left stranded at second base.)

Junior right-hander Jonathan Tosh took over for Sniatkowski in the bottom of the seventh inning with a runner on first and no outs. He retired the next two hitters, but Pompton Lakes tied the game on an infield hit. Tosh took the loss on a walk-off, two-out single to center in the bottom of the eighth inning.