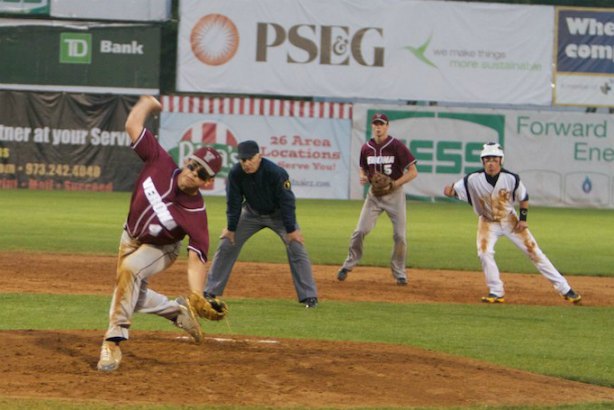 In sloppy playing conditions last night at Yogi Berra Stadium the Hillbillies baseball team fell to the Cedar Grove Panthers 8-1. The ‘billies had two men on base in five out of the seven innings but was only able to capitalize on it once. Dean DeNicola led off the game with a hit and Chris Ohlweiler and Nick Looney led Verona with two hits each. Sophomore Matt Rubins also singles in the effort.

When the Verona High School boys’ lacrosse team first faced DePaul Catholic High School in a pre-season scrimmage, the Maroon and White lost badly. But they had their comeback Monday night when Ethan Garsman and Harry Kroessler had three goals each to lead the VHS team to a well-played 10-7 win at Centennial Field. Brian Marion, Jed Tremble and Dan Denora accounted for the rest of Verona;s goals. Garsman led with two assists and Mike Conroy, Mike Theobald and Chris Lapone had five ground balls each. Jake Facey had nine saves in the goal. With the win their records stands at 8-5.

UPDATE: All sports are cancelled except the boys and girls lacrosse games. The girls face Glen Rock at Centennial Field at 4 p.m. and the boys go up against Livingston at 6 p.m.