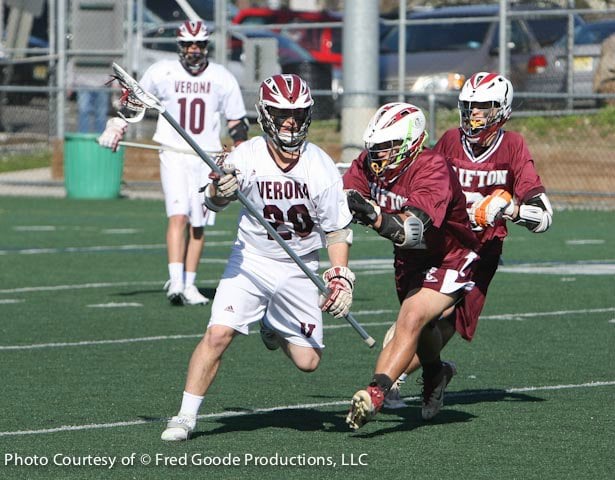 If you follow Verona High School sports, you might come away with the impression that every student plays three or four different sports. Indeed, many are active on different teams at different times of the year. But there are also students who have a singular dedication to one sport, students like this week’s Verona Sports Boosters Senior Athlete of the Week, Max Kellun.

Kellun’s sport of choice is lacrosse. He has been a four-year starter on defense for the Hillbillies and this spring is one of the four team captains for the Maroon & White.

Over his four year’s at VHS, Kellun has built a reputation for being one of the more solid defenders on the team, and he is typically charged with covering one of the opponents’ stronger attackmen. Kellun is always upfield on clears, often carrying the ball into the offensive zone to help transition the team to offense. And while ostensibly on defense, Kellun has managed to score one goal this season.

When not playing for VHS, Kellun takes the field summer and fall for the Jersey Thunder traveling lacrosse team. He will be attending Pennsylvania’s Misericordia University in the fall and plans to  continue his lacrosse career there.