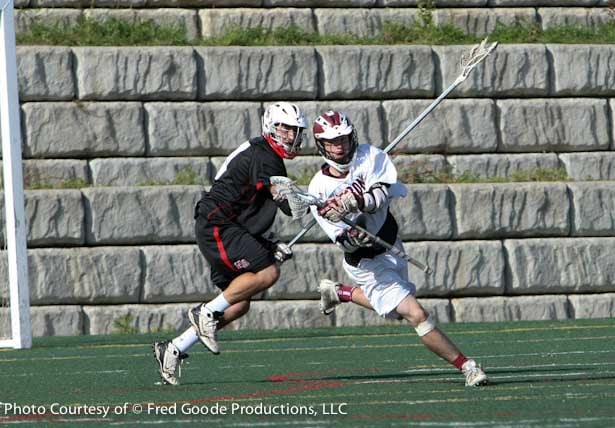 The girls’ lacrosse team moved their record to 10-4 with a hard fought 14-13 victory over Montclair Kimberly Academy. Fairfield University-bound senior Julieanne Mascera dominated all scoring with nine goals for the Hillbillies. Shannon Curran picked up two goals and Melanie McClellan saved seven shots in goal. Verona’s Kristyn Morriseau, a junior at MKA, scored three goals and had an assists for the 4-8 Cougars.

The boys’ lacrosse team picked up their fifth win of the season with an 11-4 victory over the Newark Academy Minutemen yesterday at Centennial Field. Jed Tremble, Mike Theobald and Ethan Garsman scored two goals each. Garsman and Theobald led with two assists. Anthony Codella, Dan Denora, Mike Conroy, Brian Marion and Dwight Tucci also had goals for the Hillbillies and Ned Denton scooped up 10 ground balls. Mark Gomez also had an assist for Verona. Jake Facey had seven saves guarding the goal for the ‘billies.

Wednesday action in Hillbilly Nation has the baseball team (cancelled due to weather) and the softball team Newark Academy (game moved to Thursday afternoon). The boys’ tennis team (also cancelled). All contests begin at 4 p.m.