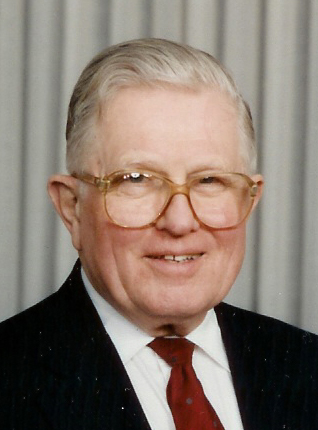 A viewing will be held at Prout Funeral Home, 370 Bloomfield Avenue, Verona, Monday, from 2 to 4 and 7 to 9 p.m. A Mass of Christian Burial will be offered at Saint Aloysius R.C. Church, 219 Bloomfield Avenue, Caldwell, on Tuesday at 10 a.m. Interment is at Gate of Heaven Cemetery, East Hanover.

Born in Jackson Heights, N.Y., Dad was raised in Chatham where he enjoyed playing all sports, hunting, working as a life guard and was a paper boy for the entire Borough of Chatham. He graduated from Chatham High School in 1938. In 1943, Dad graduated from Stevens Institute of Technology in  Hoboken with a degree in mechanical engineering. During World War II, he enlisted in the U.S. Navy in 1943. Serving on the USS Sabine with the rank of lieutenant, the Sabine sailed the Pacific fueling all kinds of ships including the aircraft carrier, USS Enterprise. The Sabine earned 10 battle citations.

He married Margaret Mary Ennis in 1943, in Atlanta, Georgia. After the war, Dad and Mamma settled in Verona where they resided for 66 years. Dad worked at Westinghouse for several years before joining his father, William B. Spooner Jr., in his Industrial Advertising Agency eventually forming Spooner & Co. in 1958.

He was a member of the Knights of Columbus and supporter of the Verona Service League. He was Scoutmaster of Troop 4 of Our Lady of the Lake Church . He was also a longtime member of the Metropolitan Opera Guild, Montclair Operetta Club, New Jersey Performing Arts Center, and New Jersey Shakespeare Festival.

Known to friends as Bill and to family as Dad, Daddy and Pop, he was the devoted husband of the late Margaret (Peggy) for 63 years, and father of 10 children: four daughters, the late Rosellen Dowd, Peggy and her husband Alexis DeJesus of Allentown, Pennsylvania, Wendy and her husband Karl Saks of Verona, and Nancy-Sue of San Francisco, California; and six sons: William B. the IV of West Orange, Richard B. of Jacksonville, Florida, Laurence P, of Spring Lake Heights, Thomas G. of Verona, David J. of West Orange, and Mark C. of Roselle. He is also survived by his 19 grandchildren and 19 great grandchildren. Daddy was a blessing to all, through his special ability to provide comfort when needed through leadership, understanding, patience and prayer. He enriched life for all: family, friends, and the man he just met on the street.