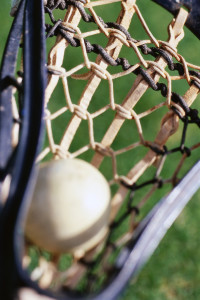 Julieanne Mascera led both teams in scoring with six goals and an assist to lead the Hillbillies’ girls lacrosse squad to a 12-10 victory over Villa Walsh Academy yesterday in Morristown. Down 8-6 at the half, Verona was able to shut down Villa Walsh’s offense by limiting them to just two second-half tallies. Shannon Curran and Jackie Brozyna scored twice in the effort.

The Hillbillies’ softball team suffered a tough loss at the hands of neighboring Montclair Kimberley Academy 13-1 on Wednesday. Sarah Frawley had two hits for Verona and Courtney Paganelli, Remy Sullivan, Laura Hart and Ellen DiDia all singled. Hart doubled and knocked in Sullivan for the Hillbillies’ only run. The loss is only the team’s second of the season and moved their record to 7-2.

The boys’ tennis team faced their second tough opponent in as many days when they were swept by the 10-1 Bernards High School Mountaineers.

In Thursday action, the boys’ lacrosse team takes on Boonton High School at Centennial Field. The track teams match up against Newark’s Central and Shabazz high schools at HBW.