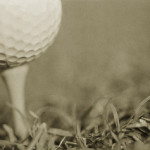 The Verona High School golf team took matches yesterday over Newark Science 176-262 and Bloomfield 176-230. The team is coming off one of the most significant wins in recent memory with a 170 to 187 victory over the always tough West Essex Knights. Senior Nick Rollo led the team by shooting 42 against the Knights. Earlier in the week, Rollo shot a 43 and 45. The golf team record is 8-2.

In tennis, Verona topped West Essex High School 3-2 in the first round of the Essex County Tournament yesterday at Brookdale Park. In singles matches, Matt Tuorto won 6-7, 6-3, 6-3 and Alejandro Diaz won 6-3, 6-1, while Josh Solomon came up short in 3rd singles 3-6, 4-6. Jake Miller/Steven McMickle won their doubles match 5-7. 6-1, 6-2. In same-day action, the Hillbillies moved on to the quarter-final play where they had to take on a tough opponent in the 11-1 Livingston Lancers. Thomas Caputo topped Tuorto 6-1, 6-2, Anthony Caputo won his match against Diaz 6-0, 6-1 and Erik Katcher beat Solomon 6-1, 6-3. Verona was also swept in doubles play.

In Wednesday action, the girls’ lacrosse team is at Villa Walsh Academy in Morristown, softball is at MKA and tennis is home against Bernards.