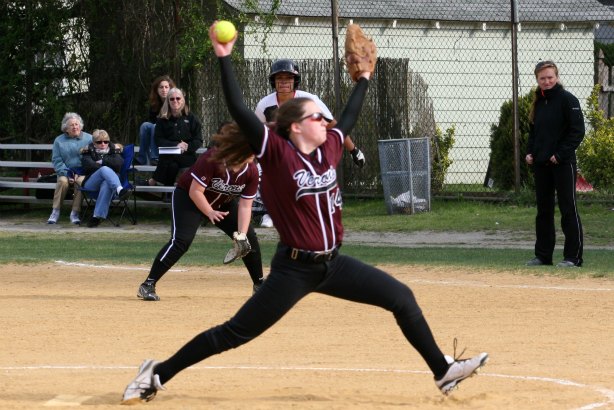 The Hillbillies softball team scored four runs in the bottom of the 6th to take a 5-2 victory over visiting Hasbrouck Heights. Paige Ferrell pitched the distance for the win, striking out six batters and giving up just four hits. Ferrell, Jenna Atmeh, Caroline Chivily and Laura Hart each had a hit and an RBI. Hart swiped two bases in the
effort. Their record stands at 3-1.

Julieanne Mascera and Casie Milmoe combined for 10 goals to lead the Hillbillies girls’ lacrosse team to an 18-9 victory over Millburn High School yesterday at Centennial Field. Jackie Brozyna and Shannon Curran had two goals each. Curran, Milmoe and Lizze Scandiffio each had two assists. With the win, Verona evened their record at 2-2.

For the second straight day, the Hillbillies baseball team dug themselves an early hole when they spotted the Newark Academy Minutemen a five-run lead through three innings. Down 6-1 heading into the 5th inning, the Hillbillies were able to pull within one run but couldn’t overcome the Minutemen as they pulled out 9-5 victory over the Hillbillies, handing them their second consecutive loss. Senior Eric Kaptein led the Hillbillies with three hits on the afternoon.

The golf team plays today at Essex Fells Country Club and the boys’ tennis team is at Bloomfield.