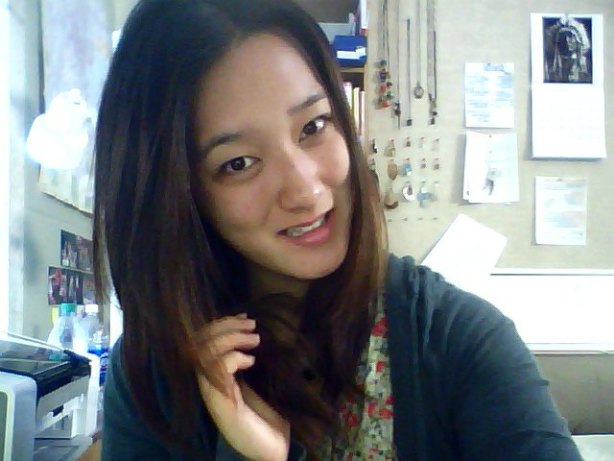 If you knew Victoria Yeh at Verona High School, you knew her with long dark hair. No longer.

On March 31, the University of Texas at Austin sophomore (and VHS 2010 grad) said goodbye to all that as part of a charity cut-a-thon for children with cancer when she participated in a head-shaving event hosted by the St. Baldrick’s Foundation.

Founded at a St. Patrick’s Day party in 2000, the charity has since seen more than 189,000 people–including more than 17,000 women–shave their heads to raise more than $117 million for cancer research. 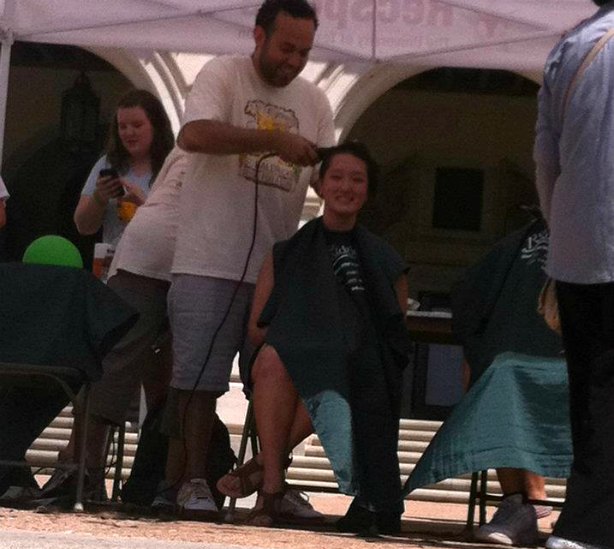 Cancer was something Yeh knew all too well. Many adults in her family had experienced cancer. Her mom discovered she had breast cancer shortly after Yeh was born and her dad had prostate cancer when she was in 8th grade. But through her work with a student organization at UT called S.M.I.L.E (Students Making Impacts Through Love and Empathy), Yeh got a chance to visit the Dell’s Children’s Hospital in Austin and spend time with children affected by the disease. “Seeing sick kids and playing with them was touching enough to provide enough courage to commit to participating in St. Baldrick’s and having my head shaved,” she says.

“I hope through spreading the word beforehand, and having people who know me see me afterward, I’ll inspire people to donate and support St. Baldrick’s which can be done here,” Yeh says. St. Baldrick’s is a volunteer-run organization, so all the money goes towards funding cancer research.

Yeh’s experience with St. Baldrick’s seems to be inspiring other things as well. “All this only fortifies my desire to become a doctor and help people directly in the future,” she says. “For now, at least I know I’ve put a smile on the kids who were present at St. Baldrick’s. I know they were just excited as I was that I was willing to do this for them and look like them, with no regrets. I hope I have shown them that bald can be beautiful.”

If you want to support the work of the St. Baldrick’s Foundation, you can do so through Yeh’s donation page. 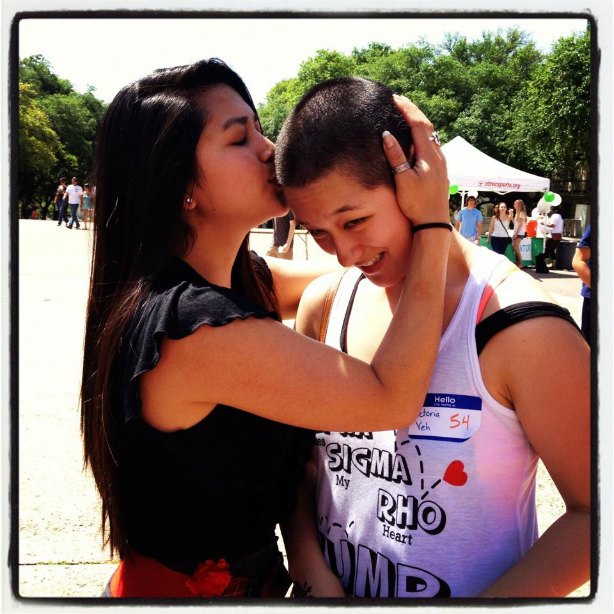