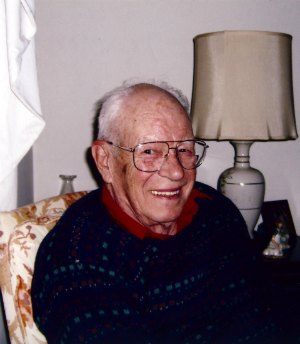 Mr. Stephen Petro, 90, died peacefully at home on Thursday, March 22, 2012, following a short illness. A memorial service will be held at the First Presbyterian Church in Verona, on Saturday, April 14, 2012 at 11 a.m.

Mr. Petro was born in Cleveland, Ohio and moved with his family to Belleville, New Jersey when he was a child. He graduated from Newark College of Engineering in 1943, and served in the Navy in World War II from 1943-46, as a lieutenant aboard mine sweepers in both Europe and the Pacific. He survived the sinking of his ship, the YMS-350, near Cherbourg Harbor during D-Day operations in 1944, and afterward, in honor of shipmates who had died, refused the Purple Heart.

Mr. Petro received his master’s degree in civil engineering from NCE, and after working as the assistant town engineer of Glen Ridge and for the Newark Parking Authority, served as the town engineer of Verona from 1962-1975, and of North Caldwell from 1979-1984. He also supervised the establishment of the Two Bridges Sewerage Authority in Lincoln Park in the mid-1970s.

In addition to his professional career, Mr. Petro was an avid rock collector, mineralogist, and craftsman who created jewelry and polished mineral works of the highest order, and was a longtime member of the West Essex Mineral Club. He was also a naturalist, bird watcher, and fisherman who loved animals, the outdoors, and the sea.

Mr. Petro is survived by his wife of 63 years, Patricia Dreher Petro, and his sons Stephen Craig Petro and David Keith Petro, his daughter Pamela June Petro, and his grandsons Kerry Uhlmann and Stephen Liang Petro.

- Advertisement -
Previous articleReal Estate For March 24-25
Next articlePet Adoption Of The Week: Layla