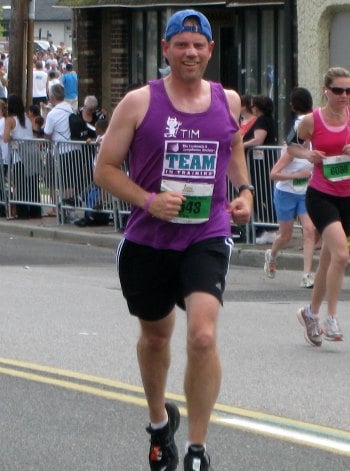 O’Neil’s Restaurant & Pub will host an event to benefit the Leukemia and Lymphoma Society’s TEAM in Training on Tuesday, March 27, from 5 to 9 p.m. The event is being organized by the Drost-Walshe family of Verona and will be open to the public and friends of the Drost-Walshe family. O’Neil’s will generously donate a portion of every patron’s check that evening directly to The Leukemia and Lymphoma Society. Diners need only to order their dinner at O’Neil’s on March 27 to trigger the donation credit.

Tim Drost, a Verona resident, was diagnosed with hairy cell leukemia, an incurable, but treatable disease, in November  2000. Since then, he has been sporadically receiving chemotherapy treatments but has enjoyed most of his time in healthy remission periods. In 2003, following his first chemotherapy treatment period, Drost ran the New York City Marathon for the Leukemia and Lymphoma Society’s TEAM in Training.

Drost is currently training for the New Jersey Half Marathon, 2012. Drost and the NYSC running team hopes to raise another $40,000 to help cure blood cancers this spring. Donations can be made by through his Web page.