Should You Worry About Your Water Line? 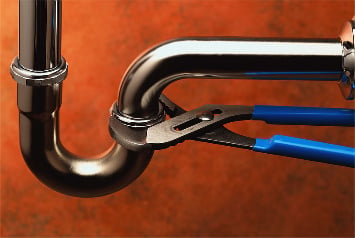 Early this week, the Verona Police Department sent out an advisory e-mail about a solicitation that some Verona residents have gotten in the mail. The letter, from a company called HomeServe, is about  “water line service coverage” and while it’s not a scam, it might not be anything that you want–or need.

HomeServe USA is a provider of emergency home repair services, from water line breaks to HVAC system problems. The subsidiary of a British company, it has been in the U.S. since 2003 and, according to a spokesman, currently has more than 1 million customers across the U.S. In some locations, like Jersey City, it works in partnership with municipalities. But HomeServe is trying to enter the Verona market on its own: It is not under contract to any Township of Verona department or agency.

HomeServe works basically like this: Customers pay a monthly premium to cover a certain type of home emergency,  like a break in the water line from the municipal pipes to your house. If the line breaks, you get a 24-hour emergency number to call. HomeServe has contracts with local, licensed contractors who tackle the repair. For the water line service, the policy is $5 per month, and you are allowed up to $3,000 per service call, including labor and materials, and up to two service calls in a year.  The company promises no out-of-pocket expenses, no deductible, no service, and no trip or permit fees.

Service programs like this are nothing new. You can get extra warranty coverage on just about every electronic device and home appliance you buy. PSE&G, for example, has plans that cover your water heater and kitchen appliances. Not all of these policies make sense: The device or item in question might have a low failure rate, or the repair cost might not be high.

Both of which are factors with water lines in Verona. Plumber Bill LaRiccia notes that 70% of Verona water lines are copper, and “we rarely replace copper”. The rest is galvanized pipe, and those can last 70 years, LaRiccia says. He did only three  water line repairs in 2011, and only one of those was in Verona–a line that wasn’t copper.  The average cost to replace a water line is $2,000 to $2,500, LaRiccia says. In addition, many homeowners policies cover the cost of these repairs.

Also working against HomeServe is a blemished record with the Better Business Bureau. The BBB has given the service company a “D” grade, in large part because of run-ins with authorities in Kentucky, Ohio and Massachusetts for alleged violations of their consumer protection laws. HomeServe entered into settlements with both states without an admission of guilt or a finding that it had violated the law, and its spokesman said the letters that went out in Verona include design and language changes warranted by those settlements to clarify that the service is optional, not mandatory. HomeServe paid nominal fines in Kentucky and Ohio, but had a $125,000 penalty in Massachusetts.

It’s up to you to decide if HomeServe makes sense for your home. You should check your homeowners insurance and, as with all contracts, read all the fine print thoroughly–including the cancellation policy–before you sign.