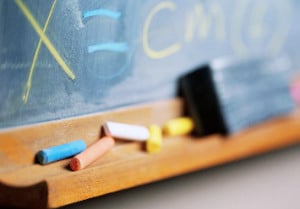 Board member Joseph Bellino said the 2012-2013 budget will increase by 2.37% over last year’s $28.4 million budget. The BOE is recommending $186,300 in cuts, “none of which really impact schools, student body or faculty,” Bellino said. He said the BOE found savings in the shifting of school board elections to November from April, insurance changes and two retirements. Carol Gelfand, a special education teacher at F.N. Brown will be retiring, as will another special education staffer whose name was not disclosed. The BOE will be getting $222,573 in additional state aid and will be using only $99,505 of the so-called automatic waiver granted it by the state, banking the remaining dollars for future budgets. It was the granting of that waiver that made it possible for Verona to exceed the state-mandated 2% cap.

The BOE did not hand out detailed numbers on the new budget to the large crowd, many of whom had turned out to support the resolution that will put the creation of a full-day kindergarten program on the ballot in November. But the BOE promised that the document would be available on the school district Web site soon, and that financial information would, in the future, stay on the site in a dedicated spot so as to be easily accessible to parents and voters.

And later in the meeting, the Board disclosed an issue that could upset all of the budget work done so far. The current Verona teachers’ contract expires in June, and staff salaries and benefits account for 71% of the total budget. The BOE has a generally cordial relationship with the teachers’ union, but Bellino conceded negotiations this year could be difficult. “We have to put together a budget without knowing the impact of the biggest component of the budget,” he said.

The Board held open the possibility of what Bellino called “changes in instruction” and said that Verona’s new superintendent, Steven A. Forte, would be looking at them over the coming months. Dawn DuBois, who was elected to the BOE last year, said that “Steve needs time to assess where we can find some savings.  I can’t emphasize enough how sensitive we were to the fact that people in town are making sacrifices,” she added.  Forte, who promised during his introduction to the community last fall that he would look at ways to add technology and revenue to the district, announced at the meeting that Verona  would be taking the elementary school aftercare program back from the Montclair YMCA. Revenue gained from the switch would go into a special enterprise fund and not the BOE’s general fund.

While Verona, and many other towns in our area, have opted to do away with a public vote on the school budget as a result of the new law signed by Gov. Chris Christie, BOE President John Quattrocchi said the Board would be making its traditional presentations to individual school SCAs before the budget is formally adopted at the March 31 meeting.