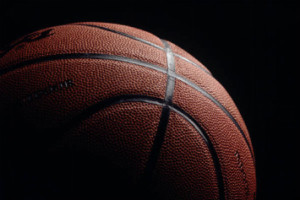 Verona’s continued success from the free-throw line, along with four scorers in double digits, enabled the Hillbillies to pull off an upset in the first round of the Essex County Tournament against the Livingston Lancers last night in Livingston.

In the previous game against Belleville, Verona went a perfect 16 for 16 from the charity stripe and they were pretty much perfect last night again by netting 12 free throws. After the score was knotted at 12 apiece after one quarter, Verona went in to the locker room trailing by just two points 27-25.

However, all season long Verona has come out of the gates strong in the second half and last night was no different as the boys pulled ahead 41-34 heading in to the final quarter of play. An action-packed fourth frame saw both squads trade buckets, but in the end the 13-4 Hillbillies were able to pull out a big 63-55 win against the 13-3 Lancers.

The four Hillbillies that led in scoring were Brian Farrell (20), Alex Kaslander (17), Anthony Huber (13) and Packy Malanga (10). Next up for the Hillbillies is a  4 p.m. Thursday home matchup against Nutley High School before they move on to the next round of the Essex County Tournament in a 2 p.m. start at Columbia High School this Saturday afternoon.

The Verona girls team suffered a tough loss 35-34 at the hands of the Bloomfield Bengals yesterday in Verona. Senior Julieanne Mascera led both teams in scoring by netting 14 points included a three-pointer from long range. Seniors Amanda Cummings and Michelle Frungillo combined for six points while sophomore Julie Rosenberg had seven and Emily Aaron had six. Next up for the 3-8 Hillbillies is a Saturday noon game at Orange High School.