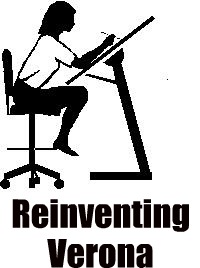 Verona loves to read. We have the Verona Public Library, one of the original Carnegie grant libraries, and six public school libraries, where increasingly computers sit alongside books. But above all, we have a lot of readers: There’s a furious trade in books between the adults at the Verona Pool in summer. The pool has also become the venue for a children’s reading program sponsored by Children Having Individual Learning Differences. It got a little permanent book hut this past summer, and brought in two authors who talked about reading and writing to a packed house at the gazebo.

But if there ever was a bookstore in Verona, its name has long been lost to the history books. We don’t have a Strand, like New York City, or San Francisco’s City Lights. We don’t have Shakespeare & Co. like Paris or Portugal’s Lello.

If you’re still inclined to buy books on paper, you’ve got to travel to another town or a mall to do your shopping. But our options for in-person shopping for printed books may be narrowing: Last week, Barnes & Noble, which has several mall and off-mall stores in our area–sharply lowered its earnings forecast for 2012, predicting losses of $1.10 to $1.40 a share. It also said it might spin off Nook, the division that makes its tablet electronic reader.

So since MyVeronaNJ.com has been poking your brains to ask what could be done to reinvent Verona’s downtown business district, we decided it was time to poll you about your reading habits. Our new survey asks where you get your books and how you like to read them: on an eReader or on paper. Do you want to see a bookstore in town? Make your voice heard in this survey.

Click here to take the MyVeronaNJ.com survey on reading