The Verona-Glen Ridge Hockey team kicked off their holiday tournament with a bang in a 7-2 win over DePaul Catholic High School on Monday night.

Verona sophomore Dylan DeCandia was the first in the net, scoring 21 seconds after the first drop of the puck. DeCandia also had four assists on the night. Despite DePaul’s Zach Finkle tying the game up shortly after DeCandia’s goal, VGR would never really relinquish the lead.

Glen Ridge senior and Co-captain Matt Lander put the back in the back of the net to give VGR a 2-1 lead at the first intermission. It is safe to say that Lander was one of the stars of the night, scoring four goals throughout the course of the game and assisting the other three goals scored for VGR. Three of his four goals were last three goals scored in the third period.

The only other goal scored in the third period was by Verona freshman Jake Paganelli, who also had two assists. Glen Ridge senior Max Linnett had VGR’s lone goal in the second period.

Another star of the game was Verona senior goaltender Matt Brehne, who had an outstanding game, stopping 19 of DePaul’s 21 shots. By only allowing two goals, this was Brehne’s best game of the season.

VGR’s holiday tournament continues tonight, Wednesday December 28, at Codey Arena. The match is against Livingston, which beat West Morris in game one, and the start time is 8 p.m. 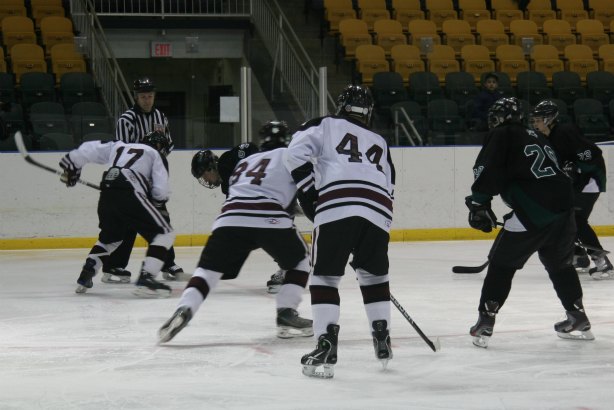