Happy Second Birthday To Us

MyVeronaNJ.com counts Fair in the Square as its birthday: In the fall of 2009 we pushed like crazy to get the site ready to launch at the fair. We booked a table and had our Web site, Facebook page, Twitter feed and YouTube site ready to go. But we hadn’t factored in Mother Nature and she had other plans. It snowed on December 5, 2009 and instead of a live launch, we had a virtual debut that set the tone for pretty much everything we’ve done since. We’ve taken on old-fashioned sense of community and 21st century tech skills to create a media company that is well summed up by our motto: Local. News. Now.

We’ve been a busy toddler, publishing about 1,500 more stories in the last 12 months and growing our readership by more than 40%. We’ve taken the site mobile, as the thousands of you who used your cell phones to get news during the Halloween snowstorm and blackouts know all too well. MyVeronaNJ.com is now within striking distance of 1 million pageviews. And the businesses that need to reach all of our readers have taken notice: We’ve had so much growth in demand for advertising that we’ve had to step up plans for a redesign that will accommodate it.

Here’s a small sampling of some of the stories we’ve reported in the last year:

In January, we warned you about a drug being targeted to Verona teens. MyVeronaNJ.com is committed to reporting the tough stories about Verona–without sensationalizing them. 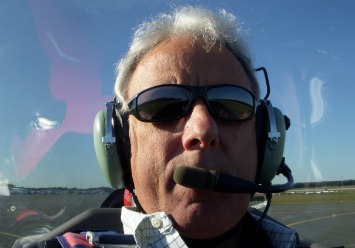 In February, we brought you news that the owner of Terry’s had been in a serious plane crash. Les Gwyn-Williams had a long recovery this past year, aided by the support of his town and his customers, particularly his middle school fans.

In March, MyVeronaNJ.com kicked off coverage of the most contested Town Council race that Verona had seen in a very long time. We made it a snap for you to get information on the contenders to make your decision at the ballot box. MyVeronaNJ.com is at every Town Council and Board of Education meeting because, just like you, we’re taxpayers in Verona. In the coming year, we’ll be doing even more to tell you how your money is being spent by town government and the Verona public school system.

In April, there was a bank robbery on Bloomfield Avenue, but most folks got their goods the old-fashioned way at the town-wide garage sale run by VHS. MyVeronaNJ.com is not afraid to be folksy: We tell you about the fundraisers large and small that build this community and aid your neighbors.

In May, a large fire gutted a house on Morningside and a woman who grew up in Verona took Hollywood by storm. Just about every month, MyVeronaNJ.com digs out stories about what has happened to people who once called Verona home: like Jed Graef, Seyi Fayanju and Kal Parekh. We want to help you remember and inspire today’s kids to seek out their own remarkable paths.

June brought two big changes to Bloomfield Avenue: a new yoga business, and the demolition of an old structure to make way for a new restaurant. MyVeronaNJ.com is covering all the changes to Verona’s business community and our surveys are pointing the way to new opportunities. Look for new surveys every month in 2012. 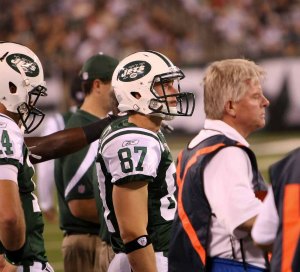 In July, the Jets signed Dan DePalma to work out at their training camp. The VHS grad played a pre-season game in the Meadowlands and was later picked up by the Giants for their practice squad. Nice inspiration for the high school athletes we cover every week.

August brought yet another storm. Though Irene spared much of Verona, we lost two fairly young residents that month: Matthew Papera and Pat McNally. MyVeronaNJ knows that it reports for a community that often mourns as a community.

September put our schools back in session, but it also put lots of people on the search for a new house in Verona. The real estate market is still in the doldrums here, but our readers know that week in and week out, we’ll give them a read on the market.

In late October, a freak snowstorm left up to 80% of the town without power. But Veronans used their cell phones to search for information at MyVeronaNJ.com. We’re going to be bringing you an even better mobile site in 2012.

In November, when scandal gripped Penn State, MyVeronaNJ didn’t have to publish a broad-brush wire service story. We had a VHS alumni on campus who had reported for us in high school. MyVeronaNJ.com knows how to connect Verona to the world.

So get ready for 2012, Verona. MyVeronaNJ is going to rock your iPads. And a few other things.

This December, we went back to Fair in the Square. Check out the action in Fred Goode‘s slideshow.