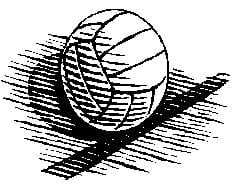 Verona volleyball fell to the undefeated (18-0) Livingston Lancers 25-14, 25-11 in Tuesday action. Sarah Frawley led the Hillbillies with seven kills and four digs. The volleyball team’s record is a touch above .500 at 10-9. The JV won their match. Verona takes on Mount Saint Dominic today (Wednesday) at home.