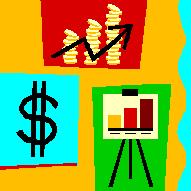 At the Monday night Town Council meeting, Council members Kevin Ryan and Michael Nochimson both voted against the ordinances establishing the salaries of police and municipal employees covered by union contracts. The measures passed, 3-2, and were largely a foregone conclusion since they were based on negotiated contracts that would have been costly to repudiate. And the measures themselves covered actions that were already in place: The contracts reflected raises that went into effect January 1, 2011. But because the increases cannot go into the record until after the town budget is approved, their approval takes place well into the year.

Nochimson, who like Ryan was elected to the Council only this past spring, said he was voting No because he was not a party to the 2009 discussions that established the salary contract.  The current contract, which was an extension of a pact that would have expired in 2010, is in force through December 31, 2013. But Ryan was sharply critical of the measures.

“I think that the contracts were negotiated on false assumptions,” he said. “The economy was already in bad shape. To extend out as far as we did was not the responsible thing to do.” Ryan said that, while salary discussions often focus on assertions that Verona has “good employees”, that is not the key issue: The cost of the increases is. He said that, at a time when other towns are laying off public workers, it should be considered a privilege to work in Verona. Ryan, who worked for 32 years as a government employee for the Social Security Administration, also questioned why matching increases were given to Verona’s non-union workers. “A public employee cannot do well if the private sector is not doing well,” he added.

Council member Jay Sniatkowski, who voted with the majority to approve the salary ordinances, said that multi-year contracts were the responsible thing to do. He reminded the audience–which included many town employees–of Verona’s past budget crises and wild swings in taxation in the years when Verona budgeted on a year-to-year basis. And he noted that, when Verona did challenge a union contract a decade ago, it was forced into an extremely costly binding arbitration decision.

“Now the rules have changed,” he noted, pointing to the decisions in Trenton that will limit salary increases among public and uniformed personnel. “Going forward we are all in line to come up with a better deal.”

Later, in the public discussion part of the meeting, town employee Pam Priscoe said she and her fellow employees know it is a privilege to work for Verona. “I am very dedicated to this town,” said Priscoe, who has worked 20 years in government. “I love this town.”