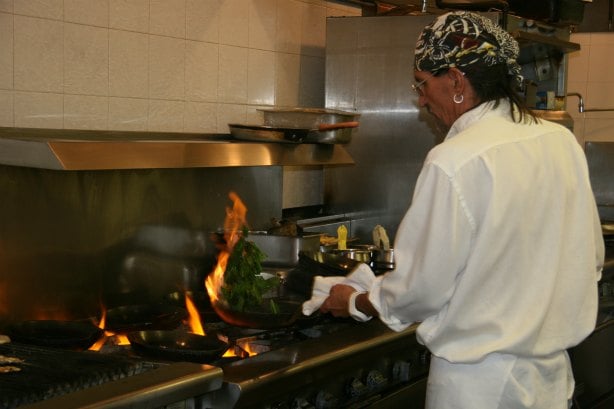 Before you leave the house this morning, set the DVR: Avenue Bistro Pub‘s Michael DiIonno is going to be on the Food Network’s cooking competition “Chopped” tonight.

DiIonno had a long string of successful restaurants to his credit before he created Avenue Bistro in Verona two years ago. He opened the Huddle Inn near the Essex County Airport in Fairfield in 1981, then followed with 3 Central in Madison. From there, he opened Lulu’s in Livingston.

If you are not familiar with “Chopped”, it challenges chefs to create three-course meals from from what can most charitably be described as unusual ingredients, presented to them in a mystery basket. The advance word on tonight’s episode, entitled “Trick or Treat, Chicken Feet”, is that it will use “Halloween-themed ingredients”. Uh-oh.

DiIonno’s episode of “Chopped” airs at 10 p.m. on Food Network, which is channel 164 on FIOS and 39 on Comcast. Avenue Bistro is located at 558 Bloomfield Avenue in Verona, next to Terry’s.