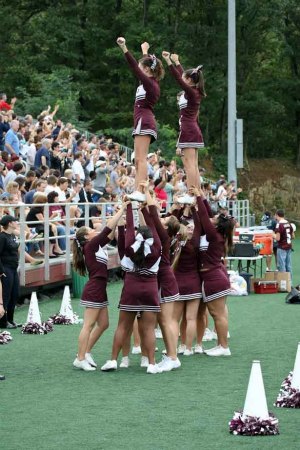 The Verona Hillbillies fell to a talented MKA Cougars team Saturday at Centennial Field. For the second time this season, VHS had to play its home game away from the friendly confines of VHS’s Selitto Field. Verona struggled offensively against a tough MKA defense led by senior linebacker Mike Sasso. VHS junior Frankie Greco battled to gain every inch against MKA to finish with 85 yards for the afternoon on 16 rushes.

The Hillbillies fell behind early when MKA QB Gabe DiMasi connected with Power Lawrence on a 40-yard scoring strike. After DiMasi hit Matt Gregory with an 18-yard TD pass the Hillbillies went into the locker room at the half down 14-0. Any hope of the momentum changing for the Hillbillies quickly ended when Gregory took the opening half kickoff straight to the end zone for an 88-yard return, putting the Cougars up 21-0.

The Hillbillies fought back when QB Dean DiNicola connected with TE Luke Sniatkowski for a 45-yard pass to bring them within striking distance. After Billy Meade’s first down rush the ‘billies drive stalled on the six yard line, turning the ball back over to the Cougars. MKA’s Sasso put VHS behind 28-0 with a 33-yard TD dash and Pat Karol hooked up with DiMasi for a 28-yard TD pass, to finish the scoring on the day and send the Hillbillies to their third consecutive defeat 35-0. Centennial Field has not been kind to the
Hillbillies where they have just one win in five tries over the past three years.

Next up for the Hillbillies is a Saturday matchup at Glen Ridge.

Fred Goode captured these copyrighted images of the game. For more, see his Web site. 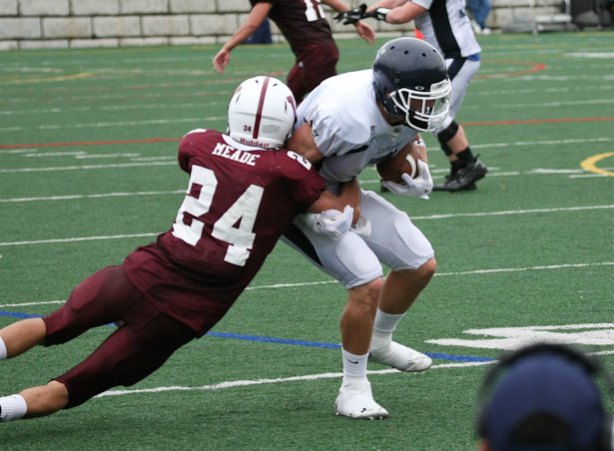