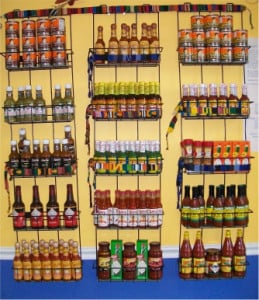 When I first heard through the grapevine that Tortilla Sunrise had been sold to a new owner, I was panicked. Where else would I get my spicy corn chowder? After speaking with both Meryl and Steve Connelly, the founders of Tortilla Sunrise, I feel both comforted and hopeful.

Tortilla Sunrise opened in January 2009 and, according to Meryl Connelly, its sole purpose was to “fill a need in the neighborhood” for good, authentic Mexican food. Even with a couple of Mexican restaurants in the surrounding towns, the idea was that a Verona location would be close for Verona, Caldwell, and Essex Fells residents. With a need fulfilled and a thriving business, one might wonder: why sell? According to Meryl, the restaurant business is a demanding one. Long hours, holiday hours, after hours, and low profit margins. With the desire to spend more time with their three children, the Connellys had a decision to make.

The timing seemed perfect. John Orr, whose family has been known to Steve and Meryl Connelly for over 10 years approached Tortilla Sunrise with his own hot sauce, asking for it to be sold in the store.  (The Connellys first met John and his family when they owned the Laughing Burrito and catered his Eagle Scout ceremony.)

As it turns out, John has an affinity for spicy food, Mexican food, and modern technology. A graduate of Farleigh Dickinson University with a specialty in business management and restaurant management, John came to work at Tortilla Sunrise in March of 2011. He started out in the front, moved to help in the kitchen and as the story goes, one thing led to another and he ultimately bought the business in June. His goal, as I understand it, is to keep much of the restaurant, menu and services the same, and as Steve Connelly says, bring the business into the 21st century. Orr has already created a stronger web presence and has made online ordering possible, which if you have small kids screaming in the background, can be a life saver.

With the business sold, what’s next for the Connellys? Steve continues to help out in the restaurant and with special catering events. Meryl, a chef trained at the New York Restaurant School who began cooking for her family at a young age, is venturing into the world of healthier school lunches. The school district in Essex Fells was on a mission to bring healthier lunches into the schools. Rather than opt for a service to take over this role, the district has contracted Connelly to provide three of the five lunches each week. She is renting a kitchen and looking forward to having fun with healthy lunches.

And so, even with new ownership, I feel comforted knowing that the business has been “passed on” more than “sold.” I was in there yesterday and the look and feel of the store front is as welcoming as ever and as usual smelled delicious.