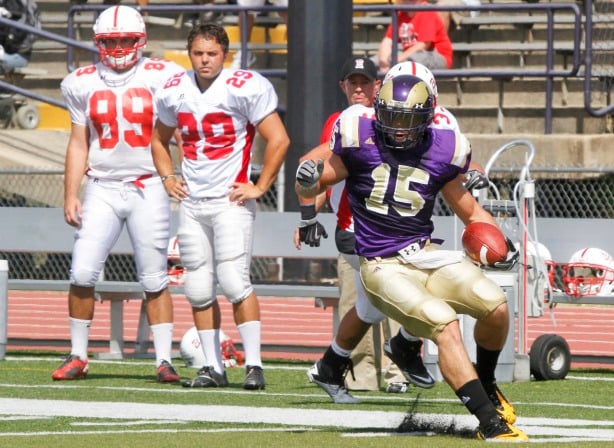 Late yesterday, the New York Jets announced the signing of 10 undrafted free agents, including Dan DePalma, who graduated from Verona High School with the Class of 2007.  For DePalma, who recently graduated from West Chester University,  it is the culmination of years of effort. In late spring, he was invited to Eli Manning’s workout camp in Hoboken–the first non-Giant at the camp.

“Danny was a very good player,” said Mike Passero, who coached DePalma on the Verona Eagles, where he started as a running back. “He was one of our co-to guys and played with a lot of heart. Growing up, Danny was not one of our bigger players, but with his hard work and determination he became a great football player. That’s why he has this opportunity today.”

“I am so so excited for Dan,” said VHS Coach Lou Racioppe, “this has always been a dream of his and now it has become a reality. From the time he was a young boy attending our camps you could always see the athletic ability in him. He had a great career for me at Verona, I will never forget the game where he single handily defeated Mountain Lakes. He went on to have a great college career and now he will get the opportunity to take it to the next level. With his work ethic and natural ability I think he has a pretty good chance of helping the Jets.”

The announcement made by Jets General Manager Mike Tannenbaum says the following players were signed by the Jets: