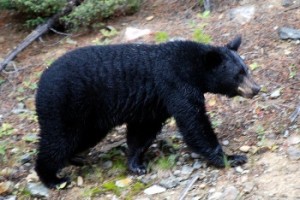 Baristanet is reporting that a black bear, likely the one that has been wandering through Cedar Grove and North Caldwell, was shot and killed by Clifton police earlier today. Its crime? Creating a “hazardous situation” on Route 46, the Clifton cops said.

The police action is not sitting well with animal advocates. According to Baristanet, a wildlife coalition called The BEAR Group, has called a protest rally for Sunday, July 24, from 10 a.m. to noon at Van Houten and Clifton Avenues, calling the shooting an extreme “act of cruelty.”

The black bear is native to New Jersey and has been protected from indiscriminate killing since 1953. A hunting ban on black bears was imposed in 1971 and remained in force until this past December, when New Jersey state officials drew the ire of many people across the state for authorizing a six-day black bear hunt.

Previous article
Pool Open Until 10 Tonight
Next article
Cooling Off