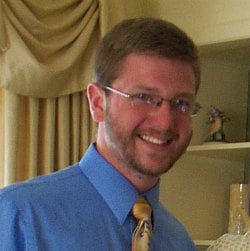 During the school year, Verona native Steve Prout attends the University of Michigan. He is majoring in statistics and is the student manager of the Wolverines’ baseball team. Last summer, he was an intern with the Bourne Braves, a collegiate summer league on Cape Cod. This summer, he has a paid job as the team’s field supervisor, which might be a step toward his dream job. The Cape Cod Times recently ran a profile of Steve, and here’s part of what he told that paper:

“I’ve known for a couple years I want to work in baseball professionally. The best way to get experience was to hook up either with a minor league team or a summer collegiate team like this one. I was talking to my assistant coach from high school in New Jersey and he suggested I apply for some jobs out here on the Cape. He told me it would be a really good exposure to high quality amateur baseball and there are always a lot of people out here. I sent out resumes to nine of the clubs and Bourne was the first team to call me and offer me an internship. I had to jump at that. Spending a summer of Cape Cod is awesome in itself, but being on the field every day watching these kids play and talking to people who are associated with pro baseball and have a higher understanding of how the game is played is the total package for me.

You can read the rest of the interview here.