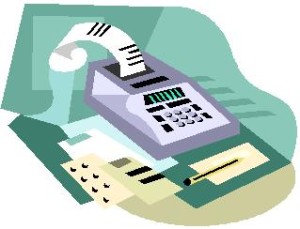 Four bond ordinances were introduced at Monday night’s Town Council meeting, a meeting that also saw the introduction of the financial agreement that will govern the second phase of development on Verona’s Hilltop.

The bond ordinances, which will have their second reading and a public debate at the August 15 Town Council meeting, would result in the issuance of $1,382,000 in debt. The 5% down payment on the debt has already been included in this year’s budget. All but one of the proposed bonds would be repaid through user fees and not tax dollars.

The ordinances are the second round of bonding for this year for Verona. Earlier this year, the Council approved $2.125 million in funding for street improvements, which was offset by $607,000 in grants from the New Jersey Department of Transportation and the state’s Community Development Block Grant program. Verona’s total capital improvement bonding this year is roughly half of what it was for 2010; there are no state funds to offset the latest proposed borrowing, which is part of Verona’s multi-year budgeting process.

The ordinance for the capital improvement bond introduced last night (#7-11)  would authorize the issuance of $413,000 in bonds. It covers 10 different projects, the largest of which are the renovation of the Verona Pool tennis court and a basketball court behind H.B. Whitehorne middle school and the purchase of field maintenance equipment that would be shared with the Board of Education. Councilman Jay Sniatkowski asked for clarification on a proposed $38,500 expenditure for the implementation of the master plan that was included in the bond. Greg Mascera, the attorney for the Planning Board, explained that it covered the cost of changes to the zoning plan and communications. Councilman Kevin Ryan questioned the proposed spending on lighting and street furniture.  Township Engineer Jim Helb noted that this item, which totals $53,500, is for White Rock Road, the street that leads from Bloomfield Avenue up toward the Hilltop apartment complex. The first phase of the Hilltop is fully rented and there is a waiting list for the second phase. When completed, the properties will generate an annual $1.5 million payment in lieu of taxes, 90% of which will go to Verona, instead of being split with the county and state as ordinary property taxes are.

The ordinance for the water bond (#8-11) would authorize the issuance of $198,500 in bonds. It covers three projects, the largest of which is the acquisition of an emergency generator for the town wells, budgeted at $102,000. The ordinance also includes $56,000 to continue Verona’s efforts to update the water meters installed on our homes. Township Manager Joe Martin noted that, as water meters age, they report water usage less accurately, which results in lost revenue for the town. This bond would be repaid through our water fees; there is no plan to increase those fees at this time.

The ordinance for the sewer bond (#9-11) would authorize the issuance of $688,000 in bonds. It covers four projects, the largest of which–a $441,500 item–is a change that is being forced on Verona by the state. Trenton has asked all of the towns on the Passaic River and its tributaries implement a new standard for the removal of nitrates, which have been blamed for health problems in infants and adults. Although the Peckman River does feed into the Passaic, Helb explained that Verona is seeking a relaxation of the state’s nitrate standard, which Martin characterized as “unreasonably high”. The standard would come into effect in 2013, but Verona must plan for it now. This bond would be repaid through sewer fees; there is no plan to increase those fees at this time.

The ordinance for the pool bond (#10-11) would authorize the issuance of $83,000 in bonds. It covers just two projects, the largest of which is $64,000 for the replacement of the roofs over the equipment sheds by the basketball court and baby pool. This bond would be repaid through pool membership fees, which were raised slightly this year after two years of no increases.