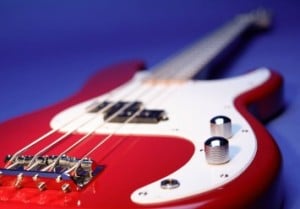 You might remember that last summer we posted several day trip ideas that we got from Anderson Electric‘s newsletter. George and Cathy Anderson have sent out a new round of ideas for this summer, and they start with the Tom’s River ice cream festival on Saturday, July 16. From 11:30 a.m. to 5 p.m., you can load up on games, rides, entertainment and, of course, ice cream. There are ice cream eating contests for kids and grown-ups, and the full schedule of events is here.

George and Cathy are once again recommending Frenchtown,but for a different reason this year. Frenchtown is, perhaps not surprisingly, celebrating the French national holiday Bastille Day on Saturday, July 16 (it’s July 14 in France). There will be a full lineup of music and vendors, in addition to the usual charms of the Delaware River town: restaurants, shops, antiques, clothing and crafts.

And then there are several day trips that you can enjoy almost any day or night of the week. The Morris Museum’s new exhibition is “Jersey Rocks: A History of Rock & Roll in the Garden State“. The exhibition explores rock & roll’s roots, rise, golden age and e evolution in the 1950s, 1960s and 1970s through Bruce Springsteen, Jon Bon Jovi, Gloria Gaynor, The Rascals and more. Runs now until September 5. There are several special events associated with the exhibit, including concerts and lectures; you can see all the details here. The Morris Museum, which is located in Morristown, is open Wednesdays, Fridays and Saturdays from 11 a.m. to 5 p.m.; Thursdays from 11 a.m. to 8 p.m.; and Sundays from  1 to 5 p.m. It is closed Mondays and  Tuesdays.

The New Jersey Astronomical Association Observatory is located in Voorhees State Park near High Bridge, a short hop off Route 78. If you are the parent of a student headed into second grade in the fall (when the kids study stars), you should know that the observatory  is a much better way to see the night sky than standing outside on a February night. There are lots of events every month, and plenty of star resources on the NJAAO’s Web site.

The last day trip idea is actually for your pet, not you. It’s the Essex County Dog Park  at South Mountain Reservation. The Andersons says it is a very nice dog park with two separate areas, one for big dogs and the other for small dogs, and all sorts of slides and ramps for the dogs to play on .  The park entrance is on Crest Drive, off South Orange Avenue, and the park is open from dawn to dusk. South Mountain also has a great biking area for little kids, which we visited last year.