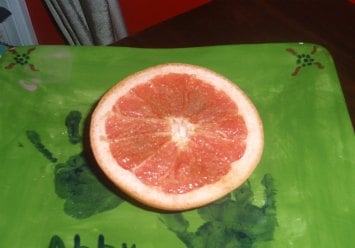 Beyond Toast– What to do with cinnamon sugar

I grew up having toast with cinnamon sugar for breakfast on many a morning. So, like any good mom, I thought I’d pass that on to my kids. I don’t think diabetes was as much of a concern for my parents as it is for parents today, so let’s just say that for a little while there was a lot of cinnamon toast. Now, we try to balance with Cheerios and a glass of milk. However, until recently and this wonderful gift of cinnamon, that was really all I knew to do with cinnamon sugar. Like so many other things I do, I was winging it with both the recipe and experimenting with the uses. What I have learned is that proportions are important (a little cinnamon goes a long way) and that cinnamon sugar and cantelope don’t mix!

Place both in a bowl and stir to combine. I have found that an empty spice bottle with a shaker top is the best way to dispense cinnamon sugar; otherwise it’s too easy to get too much.  As a general rule I would start with sprinkling a small amount at first. You can always add more later. I learned this the hard way when I totally overdid it with strawberries. I used too much cinnamon (2 tablespoons with only 3 tablespoons of sugar– big mistake) and then sprinkled way too much on the berries. Not only was I unable to taste the fruit, but the mixture was actually chalky in texture. I tried rinsing the berries- that just created mush.

Great places to use cinnamon sugar: