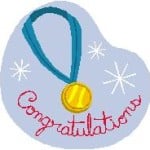 Verona’s H.B. Whitehorne Middle School has a shade over 600 students. Yet on Friday, May 20, it sent eight buses with  four different bands and two vocal groups to Music In The Parks, a regional music competition in south Jersey. Anyone who has been to an HBW performance would say that there’s a lot of  quality in that quantity and the judges at Music In The Parks agreed.

Between the group accolades , the judges also singled out four performers for their work: Mia Corbett and Billy Gault for the vocals in “Lean On Me”, PJ Walshe as best student accompanist on that piece and others, and Austin Yee for his trombone solo in the Jazz band.

You can listen to te HBW Acoustics’ “Lean On Me” here, and we’ve got several other videos on MyVeronaNJ’s YouTube page: “Go Down Moses” by HBW Voices; the Jazz band’s “El Rey Del Sol” (with Austin Yee’s solo), the White band’s “Westwind Overture“, the Maroon band’s “Ancient Moon“, and the Gold band’s “Legend Of Knife River“.