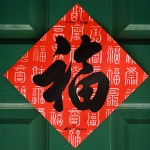 A non-fiction book published early this year got a lot of people talking about the differences in parenting styles between China and America. But for Verona High School junior Kristina DiStaso, the so-called Tiger Mom controversy became the start of what she hopes will be the winning entry in a national Chinese speech competition next weekend.

When the theme of the 6th Annual Chinese Bridge Speech Contest was announced in March, DiStaso had only one week to prepare her audition tape and she was severely under the weather. But as she reflected on the chosen topic, “Chinese In My Life”, she realized that she wanted to address the debate over discipline and education that was swirling around Amy Chua’s book, The Battle Hymn of the Tiger Mother. “Chinese parents may emphasize discipline in music while American parents focus on discipline in sports,” she says. “But no matter what culture you are, parents try to help their kids as much as possible.” And so was born her speech, entitled “A Mother And Father’s Heart”. She drafted the speech, and then worked every day after school with her teacher, Betty Hou, to perfect its delivery.

The disciplined effort paid off because DiStaso was one of just 24 students nationwide chosen for the competition, which is sponsored by the University of Massachusetts’ Confucius Institute in Boston.  On May 21, she will deliver her speech in Boston and then face questions about it from a panel of native speakers of Chinese.

Verona has a something of tradition of sending students to the Chinese Bridge Speech Contest. Dan Zebrowski, who was part of Verona’s very first elementary school Mandarin class at Forest Avenue School, competed in 2004.  He is now at Notre Dame, majoring in finance and minoring in Chinese.  VHS students have been chosen every year since 2004, except for 2010 and Hou  says that every year the competition grows more challenging.  “The content and the quality of the speeches were just incredible,” she adds.

A degree in Chinese may also be in the  future for DiStaso, who also started studying the language in elementary school at Forest. “I’d really love to major or minor in Chinese,” she says. “I’ve talked to a lot of admissions counselors about it. Before college, she hopes to spend time in a Chinese language summer camp.

DiStaso, who has not yet had the chance to practice her Chinese in China, recently won first place in the Golden Apple CLASS Mandarin Essay Award for Secondary Schools. Whether or not she tops the Chinese Bridge Speech Contest, DiStaso believes she is already a winner. “I live in a very small town,” she says. “But our school system has had foresight. They understand that Chinese is important. They see that it is the future.”