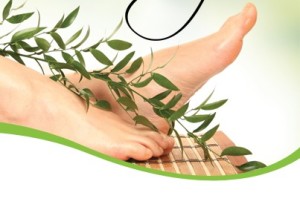 Recently a new business opened in town, the Foot Spa & Tea Bar. Proprietor Sharon Saint Amand began attending spas as a young girl with her mother in England. At the age of 16 she began studying reflexology and now is the proud owner of a store here in town.

Saint Amand was inspired to open her business in Verona after recently moving to the area from Florida with her husband. After driving through and around surrounding towns, she found that Verona reminded her of the small town from which she hails in the U.K. A match was made.

Not familiar with a foot spa and reflexology? The practice of reflexology involves massaging the different reflex points in the feet that correspond to the organs in the body. According to Saint Amand, one can manage everything in the body by working through the feet. Reflexology users have sought (and found) relief for migraines and headaches, asthma, digestive issues, poor circulation, and carpal tunnel syndrome.

What happens in a foot spa session? A 60-minute treatment begins with a 10-minute massage on the back, neck and arms while the feet are enjoying an aromatherapy foot soak. After that, it’s 25 minutes of foot, ankle, and leg work for each leg. In addition to the foot work, each client receives a complimentary tea with plenty of varieties from which to choose. Sound like heaven? I think so. 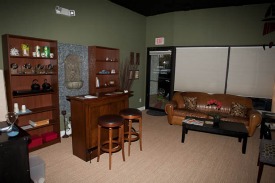 The store is open Monday through Saturday from 11 a.m. to 8 p.m. The staff currently takes two people at a time, but can accommodate up to six for larger groups. There are both 60- and 30-minute sessions available, priced at $30 and $20 respectively.

Saint Amand has a Mother’s Day special running in May. If you’re like me and have not had the chance to get your toes ready for summer, no worries. Walk-ins are welcome, come as you are and don’t worry about imperfect feet.

The Foot Spa & Tea Bar is located at 613 Bloomfield Avenue, directly across the street from the Verona Police station. To make an appointment, call 973-857-1527. Its Web site is still under construction, but will be www.footspaandteabar.com.