Opinion: Speak Up For Foreign Languages 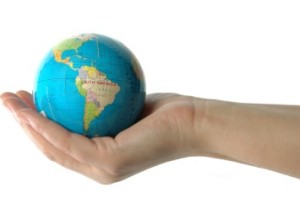 The Verona Public School system intends to change foreign language instruction in the elementary schools and they have put up a three-question survey on the school Web site, ostensibly to gain parental input. But the questions–written as if to lead parents to a foregone conclusion–have the power to make things worse for our kids, who need more fluency in foreign languages more than ever.

I speak five languages other than English (French, Italian, German, Japanese and Russian). The first two were learned in Verona public schools, at Laning and VHS respectively. Those skills enabled me to work for the French government and in Belgium, freelance as a translator and interpreter, and travel the back roads of the world quite extensively without a tour bus. I know from experience that it is much easier to learn a foreign language early and by being fully immersed in it. Sylvia Strauss, Delia Polifroni, Louise Fricke and John Burguillos, my Verona language teachers, addressed their classes only in the languages we were learning. So did my teachers of German, Japanese and Russian. I taught my children, who were both adopted from Russia, to speak English by flooding them with English. Immersion is not, generally, the way foreign language is now taught in Verona elementary schools, but there’s no question on the survey that asks parents if they think that’s a problem.

My children, and yours, will need to speak languages other than English when they grow up: Technology has made the world too small and the risks of miscommunication and misunderstanding are too great. Fluency in a foreign language is a skill as critical as multiplication or writing to story prompts, though you’d never know it from the all-powerful NJ ASK.

That said, I have no idea what languages my kids will need. What if, for example, they decide to make their careers in energy? They’d need English, Arabic and Spanish as petroleum engineers, but French if they were going to specialize in nuclear energy. Italy leads in geothermal energy, Germany in wind power, Norway in hydro power, and Spain and China in solar. Basing their language needs on which country has the largest population or the largest immigrant group here just won’t cut it.

I’ve listened, at Board of Education meetings, as well-intentioned, budget-conscious fellow citizens suggest eliminating foreign languages altogether or replacing our teachers with a CD. Both are poor choices. The best colleges in America want to see a strong grounding in foreign languages on a high school transcript. And while we should embrace technology in language instruction, it is not, and will never be, a substitute for exposing a child to a fluent, skilled teacher. My kids can learn languages in ways I never would have dreamed of at their age, watching “SpongeBob” in French and “Star Wars” in Russian over the Internet. But that’s passive language learning: Darth Vader isn’t expecting an answer. To master those languages, or any languages, kids need to be engaged in an active conversation with a live human being.

In a perfect world, our kids would learn a Romance language, an Asian language and Arabic, and that teaching would begin in kindergarten. But standardized testing crowds out much practical instruction these days, and not just in foreign languages. The new survey opens the door for testing to grab even more of our children’s day. It gives parents the Hobson’s choice of rolling back foreign languages to third and fourth grades (Verona currently starts in first grade) or all the way to middle school. The time saved in the school day would be given over to math and “language arts”, i.e. reading and writing in English, the holy grails of the NJ ASK.

Dumb and dumber, say I.

The Board of Ed will be sharing its plans for foreign language instruction at its March 29 meeting. Curiously, this is also the meeting at which the board will present next year’s budget. If the goal is to make French, Spanish and Mandarin once again bear the brunt of Verona’s budget woes, the juxtaposition makes sense. But if the goal is a reasoned discussion of foreign language learning, the conversation should be put off until after the budget decisions.  The citizens of Verona need time to read the research on the benefits of foreign language instruction, benefits that extend, by the way, to their children’s math and English skills.

Virginia Citrano is the editor of MyVeronaNJ.com.