Where In Verona Is It? F.N. Brown School! 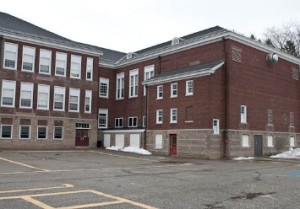 If you live in Verona and you failed to come up with the winning answer to this week’s Where In Verona contest, you’re about to feel even worse: This week’s winner lives in Morris County.

Neal Wallen isn’t a total stranger, however. He grew up in Verona, went to elementary school at Laning and graduated from VHS in 1982. He moved to Morris County in 1993 and sheepishly admits, in the wake of a seriously wrong guess in last week’s contest that he “didn’t even know that Holmes Party Rental was not in business anymore.” But Wallen visits his sisters, Jill Savva and Renee Wallen, who both still live in town, and tries to make a few varsity football games a year. “I love the spirit at the games,” he says. (He also says, if anyone official is listening, that he wants to bring back the old VHS mascot.)

And you should know that his winning guess about F.N. Brown wasn’t pure luck: Wallen used to umpire a lot of softball games at the elementary school’s big field. “It looked like a field as there was a fence and the grass looked like it has taken abuse,” says Wallen. “I know a lot of activities take part at F.N. Brown school. With spring approaching and the high school spring sports start practice this Friday, I figured that was another reason for F.N. Brown.”

Fred, you’re going to have to try harder next week.
[imagebrowser id=84]