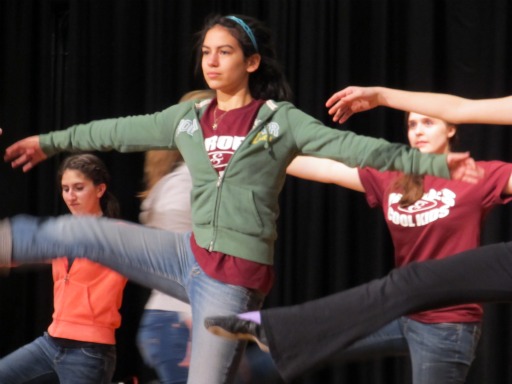 Verona High School’s spring musical is coming up this weekend and this year, it’s all about fame: Fame the musical, that is. This is the show that was created about a diverse group of talented students at New York City’s High School of Performing Arts.  The musical is a bit different from the film that was made in 1980, but it does have the show’s signature song, which we recorded as it was being rehearsed in early February.

Fame will be performed on March 3, 4 and 5 at 7:30 p.m. Tickets, which can be purchased at the door, are $10 for adults, $8 for students and seniors, and children under 10 are free. In addition, all student tickets on Thursday will be just $5.