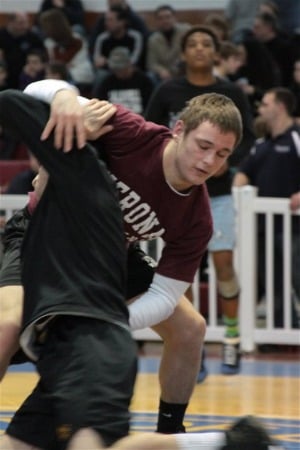 The Verona presence at the Region 4 wrestling tournament semifinals on Friday got a whole lot bigger last night.

Frankie Greco, Craig Cundari and Thomas Cundari all won their Region 4 matches  on Tuesday evening, so they will be joining Anthony Parra, Taylor DelColle and Colin Farawell at the regions’ quarterfinals on February 25. The latter three earned round one byes for their performance at the District 13 matches this past weekend.

The regions will continue on Friday and Saturday at West Orange High School. The Star Ledger‘s sports department has made its picks for the Region 4 champions. There are no Verona names on that list, even in the 189-pound class, which Farawell won last year. You can watch the video below to get the rationale for their predictions.