The Verona 5th grade suburban travel basketball team is getting hot at the right time.

The team started off slow this season, says Coach Pete Festa, but when faced with the fact that they had to win at least seven of their last eight games to make it to the playoffs, the team came through: The fifth graders rallied and became the #4 seed with an 8-6 record. Within those final seven wins were two tough games against Nutley and Livingston, which at the time were tied for first place. Verona played both Nutley and Livingston on the road and came away with two close, hard fought victories.

The play-offs start the week of February 14 and Verona will be playing the # 1 seed West Orange on the road. 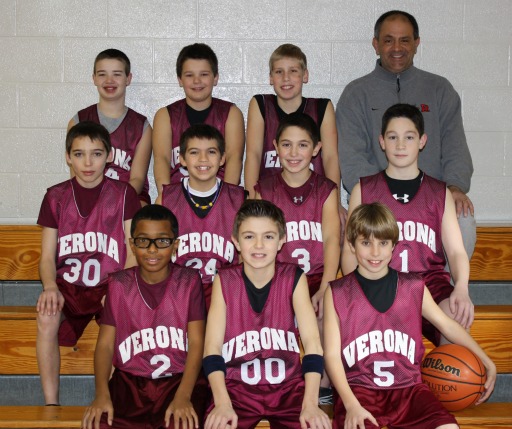