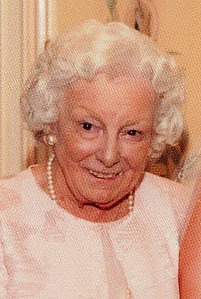 A funeral mass will be offered in Our Lady of the Lake Church, Verona on Wednesday, February 9 at 10 a.m. Visiting in the Prout Funeral Home, 370 Bloomfield Avenue, Verona on Tuesday from 4 to 7 p.m.

Born in Newark, Mrs. Connell lived in Montclair before moving to Verona 45 years ago. She worked at the Chase Bank in Verona as a customer service representative. Mrs. Connell was an avid volunteer with Willing Hearts in Caldwell and was active in Our Lady of the Lake Church, serving as a Eucharistic minister, collection counter, and as a member of the Rosary Altar Society.