Hockey Drops One To West Essex 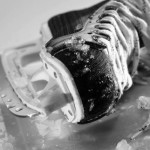 The Verona-Glen Ridge Hockey team seemed down and out at the end of the second, but they rallied back in the third only to see an empty netter ruin their chances of winning.

The first period of the game was all West Essex as senior Captain Travis Trent scored two goals while Greg Mead had one. Dave Chmielewski of West Essex had three assists in the first period and four on the night.

After Trent scored two more on VGR goaltender Matt Brehne of Verona, new light was shed on the game as Greg Schiffenhaus, a senior and co-captain from Verona, scored to make the tally 5-1.

In the third period, VGR came back ready for action. Junior Matt Lander of Glen Ridge had a hat trick to rally the team and make it a 5-4 game. However, West Essex eliminated VGR’s hopes of a comeback when Trent sniped the puck in the empty net to make the final 6-4.

All penalties called in the game were against VGR. Despite these calls, VGR was able to produce 31 shots on West Essex goaltender Michael Cuozzo. Six of West Essex’s 39 shots were goals. Having not played a game for a week and half, VGR was at a real disadvantage.

Chris Lapone of Verona had two assists as did Co-captains Nick Martell and Alekos Polis–both of Glen Ridge. VGR and West Essex, bitter division opponents, have now split their season series with one game apiece.

VGR’s next game is Saturday at 5:45 p.m. against Livingston at Codey Arena. This will be VGR’s senior night.