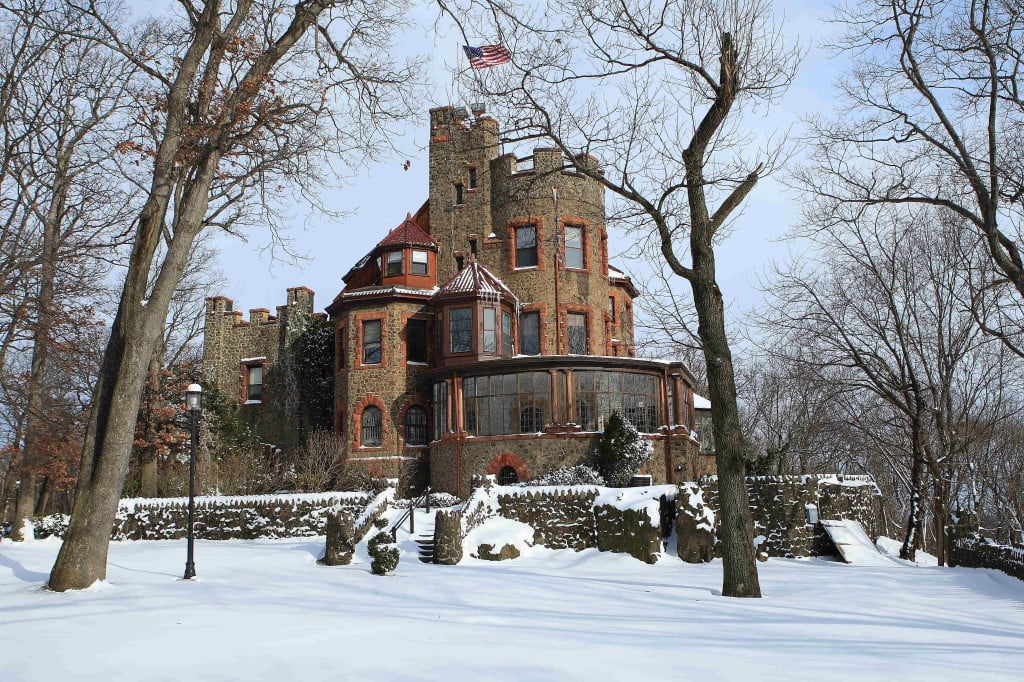 Essex County‘s second annual Historic Holiday House Tour is this Saturday and Sunday, December 11 and 12, and once again, Kip’s Castle is on the tour. We poked a bit of fun at the tour last year, but it is a great way to see some of the county’s hidden architectural gems.

In addition to Kip’s, which Fred Goode captured during one of this past year’s snow storms, the tour includes some of the houses on last year’s tour and some new ones. The repeats include the Walther House at the Presby Memorial Iris Gardens in Montclair, and the Israel and Nathaniel Crane houses, and the Evergreens, which are all in Montclair. Glenmont, Thomas Edison’s home in the Llewellyn Park neighborhood of West Orange, is also open again.

But this year, you can also see Grover Cleveland’s Birthplace in Caldwell (bet you haven’t been there since Girl Scouts), the Zenas Crane Homestead (one of West Caldwell’s founders), Morgan’s Farm in Cedar Grove and the Ballantine House, a home that once belonged to one of Newark’s great brewery magnates and is now part of the Newark Museum.

Hours for the tour are generally noon to 4 p.m. and there are admission fees at some of the properties. You can plot your route using the map below. For more information, call the county at 973-239-2485.