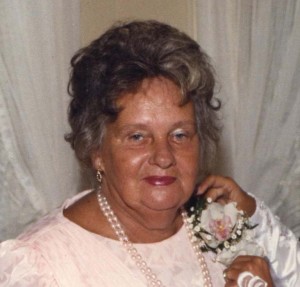 A funeral mass will be held in Our Lady of the Lake Church, Verona on Tuesday, November 30 at 10 a.m. Visiting in the Prout Funeral Home, 370 Bloomfield Avenue, Verona on Monday from 2 to 4 and  7 to 9 p.m.

Born in Newark, Mrs. Dougherty lived in Morganville, returning to Newark before moving to Verona in 1994. She graduated from St. Michaels Hospital School of Nursing and had a BS in Health Science from Jersey City State College. She worked as a registered nurse at the VA Center in Lyons, United Hospitals, Newark, and St. Michaels Hospital, Newark.

Mrs. Dougherty was involved in the PTA of St. Michaels School in Newark and served as an Election Board worker at the H.B. Whitehorne School in Verona.

She was predeceased by her husband Charles A. Dougherty and her sister Anna May Simpson. She is the mother of Charles M. Dougherty, James Dougherty, Beatrice Pietropaolo, Eileen Dougherty, Mary Rose Dougherty, Anne Ragozzino and Maureen Dougherty. She is also survived by nine grandchildren.