Five Things To Do On A Half Day 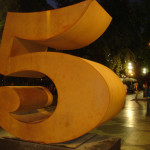 Verona’s four elementary schools and H.B. Whitehorne Middle School have half days on Tuesday, Wednesday and Thursday this week for parent-teacher conferences. Those talks are necessary, but mid-week half days are a test of even the best parental ingenuity. Note that Cedar Grove has a half day for conferences only on Thursday; Montclair and Caldwell have full weeks.

We’ve already posted some events taking place at the Essex County Environmental Center. The Yogi Berra Museum is still closed for renovations, but there are plenty of other options. There’s a chance of rain on Tuesday and more on Wednesday, so plan your week accordingly.

Virginia Citranohttps://myveronanj.com
Virginia Citrano grew up in Verona. She moved away to write and edit for The Wall Street Journal’s European edition, Institutional Investor, Crain’s New York Business and Forbes.com. Since returning to Verona, she has volunteered for school, civic and religious groups, served nine years on the Verona Environmental Commission and is now part of Sustainable Verona. She co-founded MyVeronaNJ in 2009. You can reach Virginia at [email protected]m.