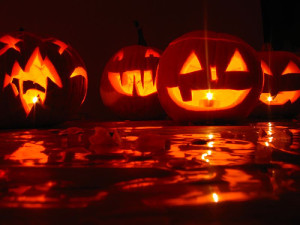 Halloween is growing near and Gina Chirico, an agent at Lattimer Realty in Fairfield, has compiled two excellent lists of all the Halloween happenings in Essex County and across the state.

Let’s start with Essex County. Chirico’s top pick is the Tunnel of Terror at Fairfield Garden Center on Route 46 West just past Willowbrook Mall. It’s a riff on the haunted house theme, and the Garden Center has rides and food kids, too. The Tunnel has its own Facebook page and that’s where you’ll find directions and hours. She also likes the State Scare Factory, located at the State Fair store at 229 Main Street in Belleville. It is open on the weekends, as well as October 27 and 28, from 7 p.m. to midnight.

We’ve already told you about three of her other favs: the parades for dogs in costume, Halloween skating at the Codey Arena and Essex County’s “Gardens Aglow” pumpkin display at the Presby Memorial Iris Gardens in Upper Montclair.

And if you want to Trick or Treat someplace other than your own block, Chirico says you should consider Howloween at Turtle Back Zoo. You’ve got to register to attend, which you can do by clicking here.

But Chirico has turned up several Halloween options elsewhere in the state, most of which don’t require too much driving. Over in Florham Park, she’s pick out the Haunted Hotel. She says it “is sure to give you quite a scare as you encounter narrow hallways, ghosts and chilling 15 rooms where murder and suicides have taken place.” It is open Thursday to Sunday 7 to 11 p.m.

In the Bergen County town of Montvale, Chirico has found the Nightmares Haunted Attraction. She says that “the website alone is enough to send you hiding under the covers.”

How about a haunted corn maze or hayride? That’s the attraction at Field of Terror and the The Corner of Chaos, both in East Windsor, and at Marlboro’s C. Casola Farms’ Haunted Hayride of Terror. In the Sussex County town of Vernon, there’s the Haunted Acres Hayride at Heaven Hill Farm. In South Glen Gardner in Hunterdon County, she has picked Grochowicz Farms’ Frightful Nights. One note: This one is not for children under five.

And finally, while the screaming is usually loud enough at Six Flags Great Adventure on a normal day, it is marking Halloween with Fright Fest.