Have You Been Ghosted? 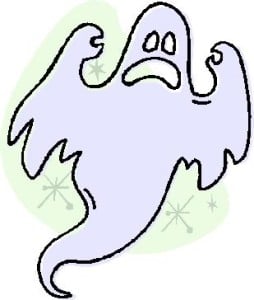 Back in the early days of television, “ghosting” was what happened when a double image appeared on the screen. To law enforcement, “ghosting”  means identity theft. A computer repair person might use “ghosting” to restore your hard drive.

In Verona, it means that bag of candy that got left on your doorstep last night, along with a semi-ominous note instructing you to put candy and a note on someone else’s stoop ASAP. The earliest reference to Halloween ghosting that I found on the Internet was 2006, though it’s anybody’s guess how it got started or why we need more candy for a holiday that already generates quite a lot. Whatever the reason, the ghosting seems to have started even earlier this year in Verona than last.

Did you get ghosted? Have you been ghosting? Let us know in the Comments field below.