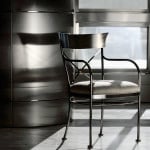 The Town Council has decided that the seat left vacant by the resignation of Ken McKenna on September 20 will remain unfilled until next May’s election. The council had the option of filling the seat with an appointee or the next highest vote getter from the previous election, or leaving the seat vacant.

At Monday night’s council meeting, Mayor Teena Schwartz and council member Jay Sniatkowski spoke strongly in favor of leaving the seat open until the next election. Schwartz said that, prior to 2001, Verona’s council had a history of appointing people to open seats who then ran as an incumbent in the next election. Schwartz noted that she lost her initial race for a council seat to an appointed incumbent and Sniatkowski noted that, when he applied for an open seat some years back, the group filling the seat chose a new council member without interviewing all of the people who had applied for the position. “The governing body was perceived as a hand-picked council,” said Sniatkowski.

McKenna announced his intention to resign at the August 16 council meeting, but did formally resign until the September 20 meeting. Had he done so before September 1, Verona voters could have filled the seat at the November 2 election.

“I strongly believe that those sitting on the council should be elected, not appointed,” said Schwartz. Council member Bob Manley said he concurred with the position of Schwartz and Sniatkowski, and Schwartz said that she also had the support of council member Frank Sapienza, who was unable to attend the meeting because of emergency oral surgery.

Ben Blinder, who ran unsuccessfully in the 2009 election that McKenna and Manley won, expressed regret at the council’s action. “I am very, very disappointed in the Verona town council’s decision tonight to keep the open council seat vacant until May, a period of about eight months,” he said by e-mail.  “While I respect and appreciate their explanations, I completely disagree with their conclusions and their consensus on this issue.”

“If the members of the Verona council felt that electing (rather than appointing) a person to this position was the critical and deciding factor, then they all failed in their obligation to urge departing council member Ken McKenna to submit his written resignation in time to put this position on the November 2010 ballot,” added Blinder, who had campaigned in 2009 on the need for greater openness in town government. He had submitted a letter of interest for the vacant council seat.

The remaining two years McKenna’s term will be up for grabs at the next election in May 2011. Mayor Teena Schwartz and council member Frank Sapienza are also up for re-election next May. Council terms are for four years.