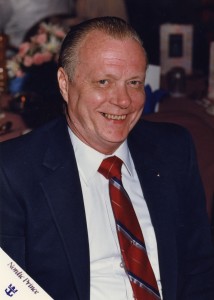 Services will be held in the First Presbyterian Church of Verona, Fairview Avenue at Bloomfield Avenue, on Sunday October 17 at 2 p.m. Visiting in the Prout Funeral Home, 370 Bloomfield Ave., Verona on Saturday from 4 to 7 p.m.

Born in Rose, N.Y., Mr. Ver Sprill moved to Verona in 1965. Mr. Ver Sprill was an offset printer, having worked for the Hammond Map Company in Maplewood for 25 years and retired from the Clarkwood Corp. in Totowa.

He is a U.S. Army veteran of the Korean conflict. Mr. Ver Sprill was active in the Copestone-Ophir Lodge 108 of the Free & Accepted Masons and a member of the Verona Ambulance Unit.

He is survived by his wife of 54 years, Carole (nee Luzenburg) Ver Sprill, his children Scott K. Ver Sprill, Dawn Shaw and her husband John, his brother Ray Robert Ver Sprill and his grandchildren Katelyn, Nicole and Krista.

In lieu of flowers, donations to Verona Rescue Squad, 12 Church Street, Verona or the First Presbyterian Church would be appreciated.