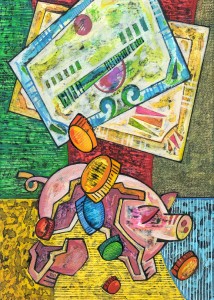 Verona withdrew its proposal for an $8.6 million bond from a hearing before New Jersey’s Local Finance Board yesterday after the state board said that it would now oppose back-loaded borrowings. The Verona bond would have included funds for a new fire truck.

According to a report in The Record this morning, the Local Finance Board’s new chairman, Tom Neff, signaled at yesterday’s meeting that it would more closely scrutinize payment schedules on borrowings. The Record has reported that from 2005 to 2009 the Local Finance Board approved $7 billion in back-loaded proposals, and more than $813 million in such deals this year. Verona was one of several towns present at the meeting; Rahway was there seeking $13 million.

Verona Township Manager Joe Martin said Verona withdrew “without prejudice” on the advice of its bond counsel. But he maintained that Verona’s bond proposal was in order and was an opportunity to take advantage of historically low borrowing costs. “The way we had it structured,” Martin said, “we had lower payments in the early years, but it would have been balanced by  PILOT dollars later on.” PILOT stands for payment in lieu of taxes, which is how the development deal that resulted in the Highlands at Hilltop complex was structured. Verona stands to get $1.5 million annually from Highlands when it is completed.

Martin said that he will report to the Town Council on the Local Finance Board’s decision at its regular meeting on Monday, October 18. “We will have to regroup,” he said, “and make a decision on how and when to go forward.”