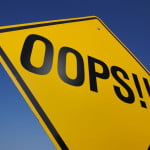 New Jersey was believed to be one of the leading contenders for a huge pool of federal money earmarked for education reform. But according to a report in the Star Ledger, the Christie administration filled out the application for the Race To The Top program incorrectly and lost what might have been a $400 million award. The full story is here.

And an update on another schools story we brought you recently. According to the Bergen Record, some school districts have decided to say “no thanks” to the capital improvement grants they have been awarded by the state. Haledon has already turned down its share of the $270 million pool because the schools are required to pay for the entire project up front and then be reimbursed by the state. No word in the story on what Montclair, which got $1.2 million, will do.

Previous article
Where In Verona Contest: Week 5 Winner
Next article
Sneak A Peek At The Band